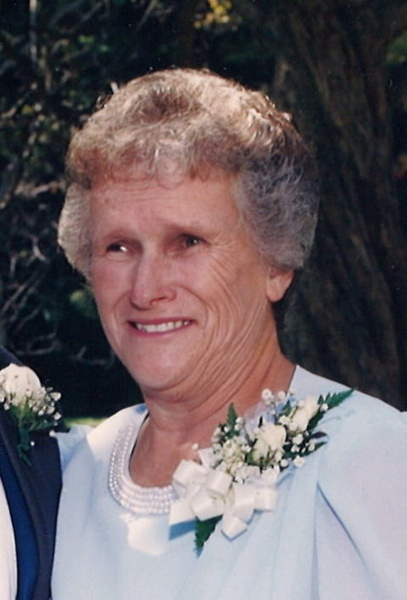 Born March 21, 1933, in New Britain, PA, she was the daughter of Grant and Catherine Carver Lapp.

She was employed by Cole Memorial Hospital, retiring in 1998.  Anne was a member of the Brookfield United Methodist Church.  She loved to can, bake, sew, and be outdoors in her garden.

Surviving are:  two daughters, Priscilla (Harold) Boothe of Groveland, FL and Tina Ferraloro of Wellsville;  two sons, James Histand of Westfield and Philip (Edna) Hager of Quakertown;  four grandchildren;  four great-grandchildren;  a sister-in-law, Marge Lapp of New Columbia;  nieces and nephews.  In addition to her husband, she was predeceased by a brother, Wayne Lapp;  and two sisters, Eleanor Landis and Priscilla Darrah.

A Memorial Service will be held 11:00 AM, Saturday, December 7, 2019 in the Brookfield United Methodist Church .  The Rev. Ed Rodarmel will officiate.

Memorials may be made to the Brookfield United Methodist Church.

To send flowers to the family in memory of Anne C. HAGER, please visit our flower store.