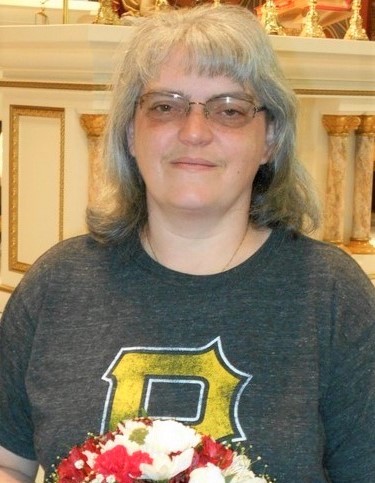 Beth I. PEKARSKI, 49, of Coudersport, PA, died Dec. 24, 2021 in UPMC Cole as the result of an aggressively growing form of cancer.  Just weeks earlier, she had been quietly attending to her family and work responsibilities, preparing for the holidays.

Born Beth Irene Mericle on June 8, 1972, in Coudersport, she was the daughter of Bonnie L. Mericle.  She was raised by her mother and her husband, Myron F. Sheerer.  On April 21, 2001, in Coudersport, she married William J. Pekarski, who survives.  It was a union that brought immeasurable joy to the young couple and a broad circle of family members and friends.  A 1990 graduate of Otto-Eldred High School, she was employed as a server at the Two-Mile Inn in Port Allegany.  It was during that time when she met Bill, a Coudersport resident and it was love at first sight.  A little more than a year later, they were legally wed on April 22, 1999.  Then, two years later, they exchanged vows and rings with family and friends gathered as witnesses.  The couple moved to the Coudersport area in 2005.  Beth was employed for many years as a receptionist/office manager at TelCove Communications (now Lumen/Level 3).  She later went to work at Sheetz in Coudersport, where she was a familiar face to hundreds of customers.  Wherever she was employed, Beth was valued for her quiet competence and willingness to go the extra mile.  Those traits extended to her love and support of family members.  Their needs were always Beth’s first priority.  She stood by Bill’s side when his life was threatened by illness in 2015.  Their bond drew even tighter in the ensuing years before, sadly, the roles were reversed.  Beth was content with the simple pleasures in life – spending time in the couple’s cozy home on Williams Way that had been her childhood dream; adding to her extensive teddy bear collection; as well as books by Steven King and Dean Koontz, and many movies she loved to watch and loan to friends.  Prior to her death, she was baptized into the Holy Roman Catholic Church, receiving all the sacraments, graces, and blessings that could be bestowed.

Surviving besides her husband, Bill, are:  a brother, Donald H Sheerer of Coudersport;  a sister, Leola Davis in Pittsburgh;  aunts, uncles, nieces, nephews, and cousins.  Beth also leaves behind three beloved cats, Bruce, Timmy-Tonia, and Odin.  She was predeceased by her parents.

Friends may call at St. Eulalia Catholic Church, Coudersport on Wednesday, December 29, 2021 from 10:00 – 11:00 AM, with a Mass of Christian Burial following at 11:00 AM.  The Rev. James C. Campbell will be the Celebrant.  Covid-19 precautions will be observed at the church.  Burial will be in St. Eulalia Cemetery, Coudersport.  A gathering to celebrate Beth’s life will be held in the Spring.