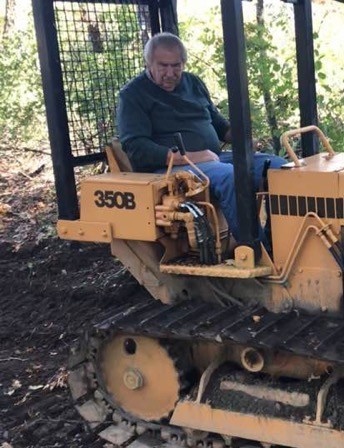 A graduate of Scio Central School and Breeden School of Welding in Genesee, PA, he served honorably with the U.S. Army from 1967 -- 1968.

On September 29, 1973, in Hallsport, he married the former Jo Ann Billings, who survives.

He was employed as a pipeline foreman by Otis Eastern for over 45 years. Dale was a member of Morrison B. Hayes American Legion Post #702 and Operating Engineers Local #158.

In retirement, Dale’s world revolved around spending time with his grandchildren outdoors, in his shop building, and attending their sporting events.

Surviving besides his wife, Jo Ann, are: two sons, Kristopher (Allison) Green and Chad (Shannon) Green, both of Wellsville; five grandchildren, Alex, Trenton, Ella, Wyatt, and Liam; a sister, Roseanne Perry of Wellsville; brother-in-law, Terry (Theresa) Billings of Greenwood; sister-in-law, Gayle (Dennis) Clark of Belmont; nieces and nephews. In addition to his parents, he was predeceased by a brother, Kenneth A. Green; and brothers-in-law, Dale Billings and Douglas Billings.

Friends may call Sunday, March 1, 2020 from 2:00 – 4:00 and 7:00 – 9:00 PM at Mulholland-Crowell Funeral Home, Wellsville, NY, where Funeral Services will be held on Monday at 11:00 AM.  The Rev. Jon Schink will officiate. Burial will be in Woodlawn Cemetery, Wellsville. Military Rites will be accorded by members of Morrison B. Hayes American Legion Post #702.

Memorials may be made to the Wellsville Volunteer Ambulance Corps, P.O. Box 206, Wellsville, NY 14895.