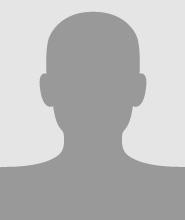 Edward A. STREDICK, 83, of Hornell, NY, died Monday, October 26, 2015 in Hornell Gardens, Hornell, NY. Born January 23, 1932, in Regina, Saskatchewan, Canada, he was the son of Carl and Helen Klatt Stredick. He was married to the former Laura Ellen Dailey, who survives. He was employed as a bronco buster and trapper on a ranch in Alberta, Canada and as a welder in the oil fields of Alberta. He was later an ordained minister. Inheriting musical ability from his father, he played violin, guitar, banjo, harmonica, accordion, and harpsichord; and he also made violins. Edward previously resided in Geneseo, NY, Bancroft, Ontario, Canada, and Germania, PA. Surviving, besides his wife, Laura Ellen, are: five children from his first marriage, Alvin, Leonard, Steven, David, and Cathy. He was predeceased by a brother, Alvin Stredick; and a sister, Hilda Keys. Funeral Services will be held 11:00 AM, Friday, October 30, 2015 in the H.P. Smith and Son Funeral Home, 29 E. Main St., Canisteo, NY. The Rev. John Prouty will officiate. Burial will be in South Branch Cemetery, Galeton, PA. Arrangements are entrusted to the Olney Funeral Home & Cremation Service, Ulysses, PA. Online condolences may be expressed at www.olneyfuneralhome.com.