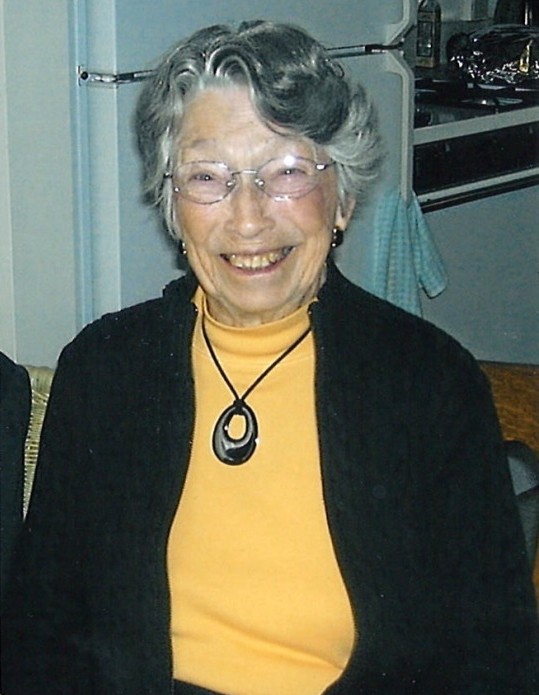 Born October 14,1921, in Genesee, PA, she was the daughter of Walter R. and Celia B. Wilson Eames.  On June 22, 1947, in the First United Methodist Church in Wellsville, NY, she married Harry R. Leon, who predeceased her on February 3, 2002.  Eleanor attended Genesee School during her elementary years and Whitesville Central from middle school through her junior year.  She graduated her senior year from Medina High School.  The family then moved to Wellsville where Eleanor obtained a secretarial science degree through a satellite program of Rochester Business Institute.  From 1941 to 1951, she was employed by Bradley Producing Company.  In 1951, her daughter, Linda, was born and Eleanor became a mom and housewife raising chickens, tending a garden, and sewing.  In 1959, she returned to the work force at Air Preheater starting as a file clerk and working her way up to personal secretary.  She retired 24 years later.  She was a member of Order of the Eastern Star, Home Bureau, and served as pianist at Independence Baptist Church.

Surviving are:  a daughter, Linda (Thomas) Ensman of Honeoye;  a granddaughter, Kali (James) Collings of Warsaw;  and two great-grandsons, Cohle and Cooper.  In addition to her husband, Harry she was predeceased by a brother, John "Jack" Eames.

A Memorial Service will be held 12:00 PM, Saturday, February 26, 2022 in the First United Methodist Church, Wellsville, NY.  Rev. Craig Buelow will officiate.  A family burial will be held later in spring at Woodlawn Cemetery, Wellsville.

Memorials may be made to Quail Summit, 5102 Parrish Street Ext., Canandaigua, NY 14424 or to Alzheimer's Association at www.alz.org.