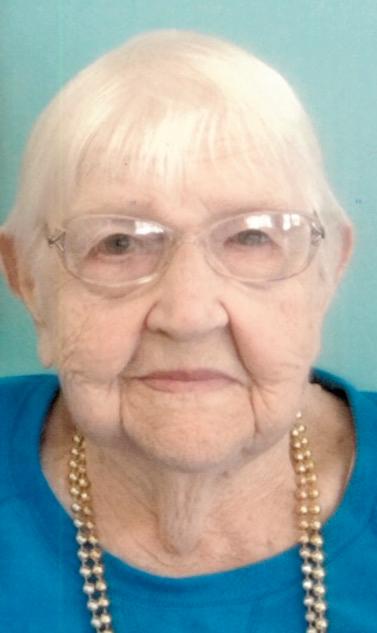 Gloria D. HOPPE, 89, of Buffalo, MN, formerly of Genesee, PA, died Friday, July 15, 2016 in Buffalo Hospital, Buffalo, MN.
Born September 28, 1926, in Coneville, PA, she was the daughter of Owen E. and Addie Whitaker Elliott.
On March 27, 1946, in Genesee, she married Carl H. Hoppe, who predeceased her in 2001.
Gloria owned and operated the Hoppe Rest Home in Genesee for several years.
Surviving are: a son, John (Dorothy) Hoppe of Buffalo, MN; two granddaughters, Amy and Gina; three great-grandchildren; a great-great-grandson; a sister, Dorothy Jackson of Wellsville, NY; nieces and nephews. In addition to her husband, she was predeceased by a son, Dale; a daughter, Cathy; two brothers, Gene Elliott and John Elliott; and a sister, Gilda Wennin.
Friends may call at the Olney Funeral Home & Cremation Service, Ulysses, PA on Thursday, July 21, 2016 from 10:00 to 11:00 AM with Funeral Services following at 11:00 AM. The Rev. Marty Zdrojewski will officiate. Burial will be in Genesee Cemetery.
Memorials may be made to the Genesee Volunteer Ambulance, P.O. Box 9, Genesee, PA 16923.
Online condolences may be expressed at www.olneyfuneralhome.com.