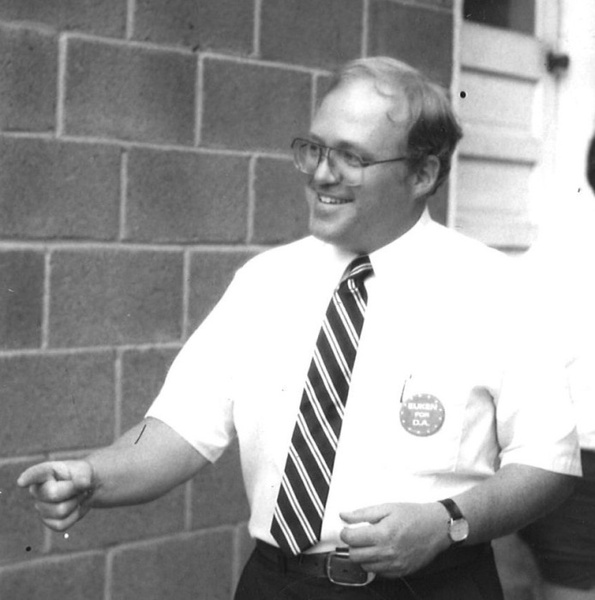 James Edward EUKEN, 74, of Belmont, NY, passed away Saturday, August 8, 2020 in his home following a long and courageous battle with Parkinson’s disease.

Jim graduated from Wellsville Central School, the State University of Buffalo, and the University of Buffalo law school with a Juris Doctor degree. He then went into practice with Wayne Feeman and Tim Barron. After serving as the county public defender for several years, he was elected Allegany County District Attorney and served in that capacity for thirteen years. Following that he was elected and served as a county judge for another thirteen years until his retirement in 2010.

Jim enjoyed the excitement of the oil and gas world, making many friends and having many adventures. His other pleasures included playing horseshoes and walking in the woods with his dog Maddie.

His real joy came from spending time with his wife and family: daughter Caitlin Perry and grandchildren Ian, Morgan, Ryland, Holden, Alex, Evan, and Brock, all nearby in Wellsville. A special thanks for helping with his care in the last years goes to Steve LaChance, Bonnie Schettine, Crystal Hogan, and Tina Shafer’s group of caregivers, including Lori Bowker, Marlene Bartoo, Sally McDowell, and more. Because of the threat of coronavirus, there will be no visitation.

Friends are invited to attend a Mass of Christian Burial 11:00 AM, Friday, August 14, 2020 in Immaculate Conception Church in Wellsville. CDC and NYS Department of Health guidelines apply.

A private graveside service will be held in Sacred Heart Cemetery, Wellsville. A gathering celebrating Jim’s life will be held on a later date.

Funeral arrangements are under the direction of Mulholland-Crowell, Wellsville.

Memorials may be made to the Pioneer Oil and Gas Museum of Bolivar, the Belmont Library and Historical Society, the Belmont Fire Department, Amity Rescue Squad, or a charity of the donor’s choice.

To send flowers to the family in memory of James E. EUKEN, please visit our flower store.