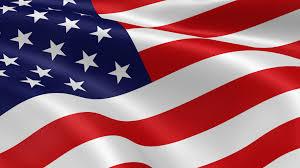 James B. MANSFIELD, 95, of Wellsville, NY, died Saturday, April 29, 2017 in Wellsville Manor Care Center, Wellsville, NY.
Born May 12, 1921, in Coudersport, PA, he was the son of Lewis and Muriel Burk Mansfield.
On September 8, 1943, in Miami Beach, FL, he married the former Aleta M. Youmans, who predeceased him in 2000.
A World War II Veteran, he served honorably with the US Army from 1942 - 1944.
He worked as a farmer in Oswayo and as a logger for 22 years.  Then he and Aleta operated Short's Grocery and Service Stations in Hornell, NY and Wellsville, NY for 22 years.  In retirement, he mowed at the Wellsville Country Club for 22 years, for a total of 66 years of employment.
Jimmy was known for being a sweet spirited man with a wonderful sense of humor.  He always said, "The Lord was good to me.  I had a wonderful life and was blessed with a good wife and loving family."  All who were privileged to know Jim were sincerely blessed.
Surviving are:  two sons, Donald (Grace) Mansfield of Mill Hall, PA and Thomas (Cindy) Mansfield of Alfred Station, NY;  nine grandchildren;  several great-grandchildren;  nieces and nephews.  In addition to his wife, he was predeceased by two sons, Richard Mansfield and Michael R. Mansfield;  two brothers, John L. "Jack" Mansfield and Ted Mansfield;  and a sister, Shirley Gault.
A Memorial Service will be held 12:00 Noon, Saturday, May 20, 2017 in the Olney Funeral Home & Cremation Service, Ulysses, PA.  The Rev. Darell D. Harris will officiate.  Burial will be in Ulysses Cemetery.  Military Rites will be accorded by members of the Potter County Honor Guard.
Memorials may be made to Petrolia Hose Co., Alma Hill Road, Wellsville, NY 14895 or the Ellisburg Union Wesleyan Church, 1020 Rag Hill Road, Genesee, PA 16923.
Online condolences may be expressed at www.olneyfuneralhome.com.