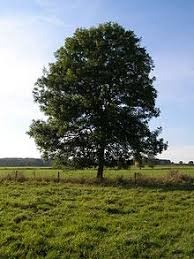 Born October 26, 1949, in Corry, she was the daughter of Charles E. and Gladys Lindberg Post.

She was married to Donald Arthur, who preceded her in death.

Surviving are:  a son, Charles “Chuck” (Debra) Evans of Galeton;  two grandchildren;  three sisters, Linda D. (Charles) Shearer of Cambridge Springs, Patricia G. (Terry) Howard of Covington, and Janet M. Merel of Las Vegas, NV;  a brother, Jeffrey A. (Lesley) Post of Galeton;  nieces and nephews;  and her step-mother, Helen Post of Spartansburg.  In addition to her husband, she was predeceased by her parents.

A graveside service will be held on a later date.

Arrangements are under the direction of Olney Funeral Home & Cremation Service, Ulysses, PA.  Online condolences may be expressed at www.olneyfuneralhome.com.

To send flowers to the family in memory of Judith M. ARTHUR, please visit our flower store.