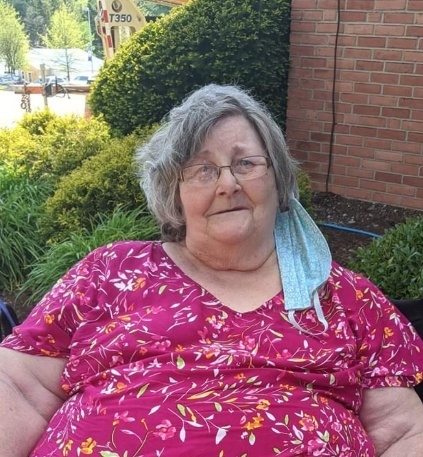 She was born July 22, 1939 in Blossburg, PA.  Loretta was married to Lewis A. “Sonny” Smith, who predeceased her on March 4, 2017.  She was employed by Galeton Production and retired from Midland Optical in Coudersport.

Surviving are:  four children, Sheila (Gary) Foust and Linda (Duane) Davis, both of Coudersport, Lewis (Tina) Smith, Jr. of Cyclone, PA, and Melvin Smith of Coudersport;  14 grandchildren;  several great-grandchildren;  and nieces and nephews.  In addition to her husband, she was predeceased by her mother and step-father, Christina M. and Lewis H. Winne;  and a daughter, Shelly K. Kelligan;  and four siblings, Lewis Winne, Jr., Lydia Winne, Elsie Carpenter, and Rhonda Winne.

Services will be private.  Arrangements are under the direction of Olney-Foust Funeral Homes & Crematory, Ulysses, PA.