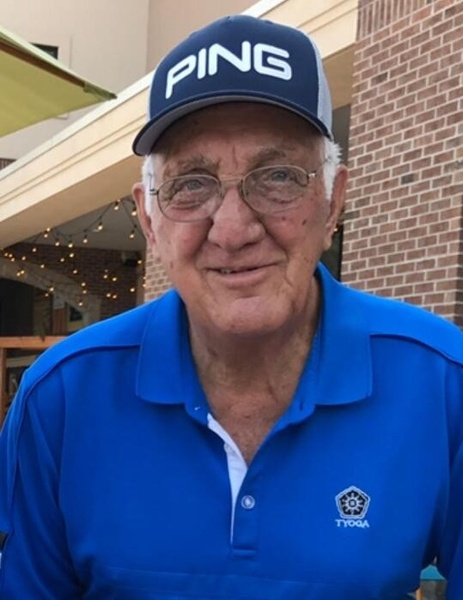 Born January 3, 1933, in Norristown, he was the son of Frank and Anna Bruno Pasquale.  On June 25, 1961, he married the former Mary Emma Swanson, who survives.  A Korean War Veteran, he served honorably with the U.S. Army from 1953 – 1955.  He was employed by Tyoga Country Club in Wellsboro, Alan Wood Iron and Steel Company in Conshohocken, and St. Marys Carbon in Galeton.  Louis attended Valley C&MA Church, Wellsboro, where he served as an elder and deacon over his 30 years as a member.  Lou enjoyed bowling, hunting, and fishing. An avid golfer, Lou was a member of Tyoga Country Club, his home away from home, golfing until September of this year.

Surviving besides his wife, Mary, are:  three children, Louis (Debbie) Pasquale of Geneva, IL, David (Lisa) Pasquale of Germania, and Lisa McDivitt of State College;  four grandchildren, Mairi (John) Thorne, Rose (Vince) Pellicore, David Pasquale, and Emma Pasquale;  a great-granddaughter, Taylor Marie Pellicore;  many nieces and nephews.  In addition to his parents, he was predeceased by his sister, Rose Patrick.

In accordance with his wishes, there will be no memorial services.  Memorials may be made to Gale Hose Ambulance, Galeton, PA 16922 or the Pennsylvania SPCA (https://www.pspca.org/donate).