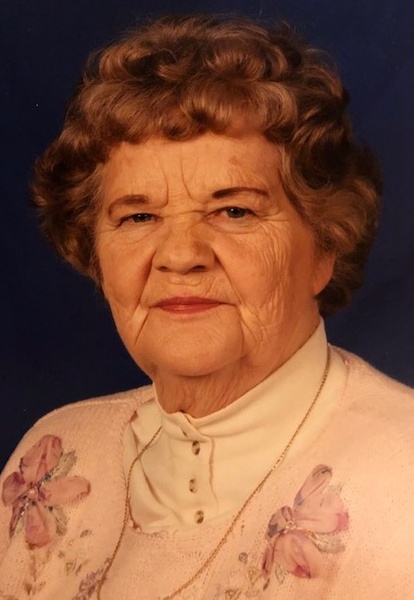 Puddy loved an occasion....if granted, her wish would have been to be at and enjoy her own funeral? What a fun-loving person she was. A woman who loved life. As a child she was known for her unruly curls and pug nose, which earned her the name Puddy. Pud was born in her family home, June 26, 1927, and died on October 29, 2019, in the arms of her devoted daughter, Kay. She was the daughter of Ernest and Martha Crittenden Kear. Puddy skated her way into the heart of Donald J. Kramer at Funland Skating Rink, whom she married on October 11, 1947, in Olean. Don predeceased her on February 23, 2015. Puddy graduated from Whitesville Central School in 1945. She remained in Whitesville her entire life. On graduating high school, Puddy went to work for Harry Graves and Son. After marriage, she and Don owned and operated several businesses including, the DJ Kramer Jewelry and Appliance Store for 12 years, the Donald J. Kramer Insurance Agency from 1952-1989, and Kramer and Clark Arctic Cat Snowmobile Sales from 1970-1985. Pud also worked at Alfred State College as a secretary at what is now the University Police from 1968-1970. She left there and in 1971 opened what was known as “Ye Hubbard's Cupboard” on Madison St. in Wellsville, a senior citizen outlet store. This led her to becoming an advocate for senior citizens in Allegany County. Puddy was an active participant in the Republican Party in Allegany County. She and Don were the Committee Chairpersons for the Town of Independence for many years. Puddy was also a lifelong member of the Whitesville Methodist Church and faithfully read her daily devotionals. She was involved in many, many activities that supported the church. Antiques, church, politics and senior citizens fulfilled her life, along with her great love for animals. The family would like to extend their deepest gratitude for the outstanding care and love shown by Puddy’s caregivers, Kathy Luce, Sandy Knowles, Jackie Robbins, and Terri Outman. Our hearts are also thankful for the care and love from her nurse, Cheryl Richardson.

Friends may call at the First United Methodist Church, Main Street, Whitesville, NY on Saturday, November 9, 2019 from 10:00 AM – 12:00 Noon, with Funeral Services following at 12:00 Noon. The Rev. Kim Smith will officiate. Burial will be in Whitesville Rural Cemetery.

Arrangements are under the direction of Mulholland-Crowell Funeral Home, Wellsville, NY. Online condolences may be expressed at www.wellsvillefuneralhome.com.

To send flowers to the family in memory of Marian Roberta "Puddy" KRAMER, please visit our flower store.