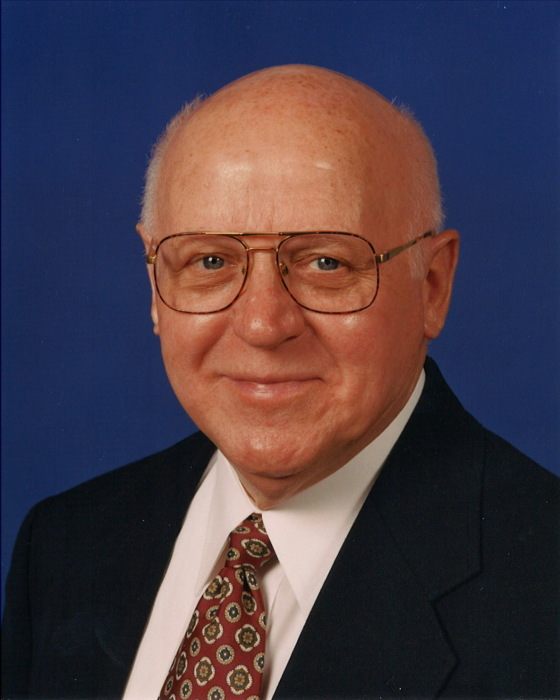 Born February 4, 1927, in Olean, he was the oldest son of Preston L. and Lucy McLaughlin Lucas.  A 1945 graduate of Olean High School, he was drafted into the US Army Air Force just as WWII was drawing to a close, serving as a supply clerk/airplane machinic stationed in Neubiberg, Germany.  In 1954, Roy graduated from William Jewell College in Liberty, MO.  On March 30, 1956, he married Marion McCarthy of Cuba, NY, who predeceased him on February 25, 2007.  On October 6, 2007, in Friendship, he married Pauline “Polly” Wallace Weart, who survives.  Roy was employed by the former Worthington Steam Turbine Division in Wellsville, NY from 1957 to 1992.  He absolutely loved his job.  His training as a machinist at Clark Brothers/Dresser Industries under the supervision of his uncle, Ken Schreckengost, served as a great foundation for his 35-year career including positions as an application engineer, test floor manager, and after-market parts manager.  A dedicated public servant, Roy was a founding member and long-time treasurer of the Wellsville Volunteer Ambulance Corps.  In addition, he served two terms on both the Wellsville Central and Allegany County BOCES School Boards, held a 17-year term on the Jones Memorial Hospital Board, and served two terms on the Allegany County Legislature.  In 1994, he was delighted to be asked to join the Wellsville Rotary Club.  The Rotary International mottos of “Service Above Self” and “One Profits Most Who Serves Best” aptly describe Roy’s life.  An active member of the First United Methodist Church of Wellsville since 1959, Roy served over the years as a Sunday School Teacher, Lay Leader, Usher, and Trustee.  Roy saw Jesus Christ as his true friend guiding him through life’s challenges and good times.

A private family service was held at Olney-Foust Funeral Homes & Cremation, Crowell Chapel, Wellsville, NY.  A public memorial service and celebration of life will be held on a later date.

Memorials may be made to Jones Memorial Hospital, Wellsville Volunteer Ambulance Corps, David A. Howe Library, or the Wellsville First United Methodist Church.