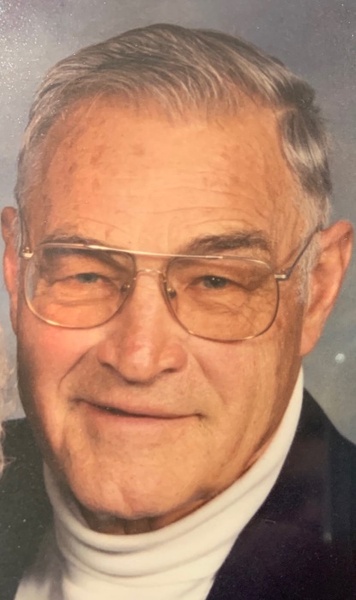 Raymond C. BAXTER, 97, of Atlanta, GA and formerly of Ellisburg, PA, Short Hills, NJ, and Camillus, NY died Tuesday, January 7, 2020 in his home, in the presence of loving family members.

A Memorial Service will be held in the Ellisburg Union Wesleyan Church on a later date and announced on this page and the Olney-Foust Funeral Homes & Crematory Facebook page.

Born September 21, 1922, in a farmhouse on Baxter Road, Troy, PA, he was the son of Myron and Dorothy Gilliland Baxter.

Ray was a 1940 graduate of Solvay, NY High School and received a degree in Chemical Engineering from Cornell University in 1944.   He was employed by Allied Chemical Corp. from 1946 – 1977, retiring as a Group Vice President and Member of the Board of Directors.  He later served as President of Allied-General Nuclear Services in Barnwell, SC from 1977 – 1980.  Ray thereafter retired to his beloved “Glenhaven” in Ellisburg, PA, near the ancestral home of his mother, and lived there until 2013, when he and his wife relocated to Georgia to live with their daughter.

He was a devoted member of the Ellisburg Union Wesleyan Church.

A Memorial Service will be held in the Ellisburg Union Wesleyan Church on a later date and announced on this page and the Olney-Foust Funeral Homes & Crematory Facebook page. Rev. Roy Ward will officiate.  Burial was in Andrews Settlement Cemetery.

To send flowers to the family in memory of Raymond C. BAXTER, please visit our flower store.