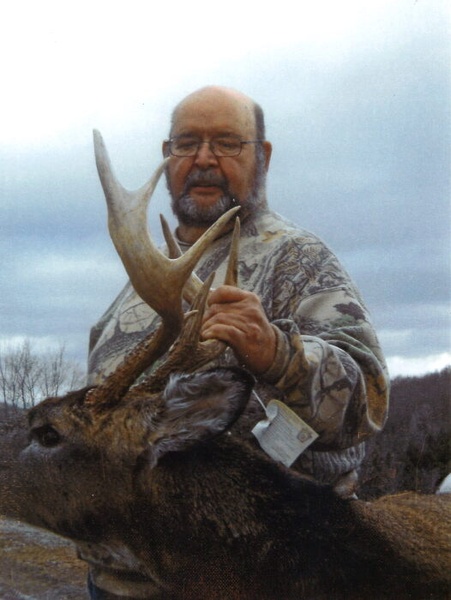 A graduate of Pen Argyl High School, he was employed by Schwerman Trucking Co. in Nazareth and PennDOT in Easton.  He owned an autobody shop, Powell’s Automotive and Trucking, in Pen Argyl until his retirement.  Richard was a member of the NRA.  An avid hunter, he lived for deer season.

Surviving besides his wife, Peggy, are:  two children, Derek (Stacy) Powell of East Bangor and Courtney (Andy) Bank of Shawnee on Delaware;  a grandson, Evan Powell of East Bangor;  two sisters, Cathy (Chick) Ciccarelli of Delabole and Laurie (Jack) Hartzel of Nazareth;  nieces and nephews.  He was predeceased by parents.

Services will be private.  Memorials may be made to a charity of the donor’s choice.

To send flowers to the family in memory of Richard Harry POWELL, II, please visit our flower store.