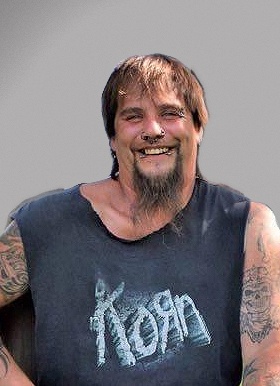 Born July 16, 1976, in Wellsville, he was the son of Robert E. and Evelyn L. “Evey” Vincent Bowker.  On July 17, 1999, in Willing, he married the former Lori A. Slocum, who survives.  A graduate of Wellsville High School, he was employed by Cline Retreading in Wellsville for close to 20 years.  Buzz enjoyed hunting, camping, and spending time with his family.

Surviving besides his wife, Lori, are:  his mother, Evelyn (Charles) Bowker-Bowser of Wellsville;  a son, Robert E. Bowker III of Wellsville;  two daughters, Kristen Bowker of Olean and Crystal (Blake) Lawrence of Dansville;  three sisters, Amy (Gerry) Harris of Allentown, Kimberly Lynn (Ira) Warboys of Scio, and Kelly (Tracy) Bowker of Wellsville;  mother-in-law and father-in-law, Dennis and Debbie Slocum of Wellsville;  many aunt, uncles, nieces, nephews, and cousins.  He was predeceased by his grandparents and his father, Robert Bowker.

A memorial service will be held on a later date to be announced.

To send flowers to the family in memory of Robert E. "Buzz" BOWKER, Jr., please visit our flower store.