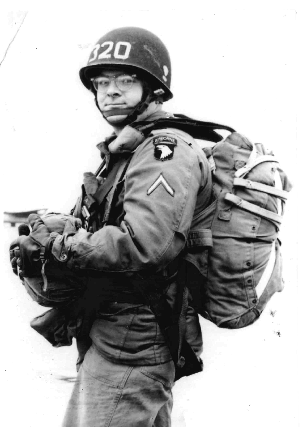 A gathering to celebrate Teddy Dickerson’s life will be held Saturday, August 21, 2021 at 2:00 PM at the Whitesville Rod and Gun Club.  His children are carrying out their father’s wish to hold a party in his honor, rather than a funeral. His friends and family are invited to attend and share a story about him.  Memorial contributions may be made to the LEEK Hunting Preserve or the Independence Historical Society.

After graduation, he enlisted in the U.S. Marine Corps and served honorably until 1958, serving in Japan and Hawaii.  He enlisted in the U.S. Army in 1960, serving honorably in the 101st Airborne and 173rd Airborne in Kentucky and Okinawa, Japan until 1964.  He later joined the U.S. Army Reserves, retiring as Sgt. First Class in 1994 after a total 22 years of honorable service.

Ted was employed as a machinist by Dresser-Rand in Wellsville and served as president of Local #1580, International Association of Machinists and Aerospace Workers.  He also served as a union organizer for District 182. He was a member of Carl E. Hyde American Legion Post #963 in Ulysses, Wellsville Moose Club, 101st Airborne Parachute Assoc., and the Marine Corps League.

​Arrangements are under the direction of Olney-Foust Funeral Homes & Crematory, Ulysses, PA. Online condolences may be expressed at www.olneyfoust.com.