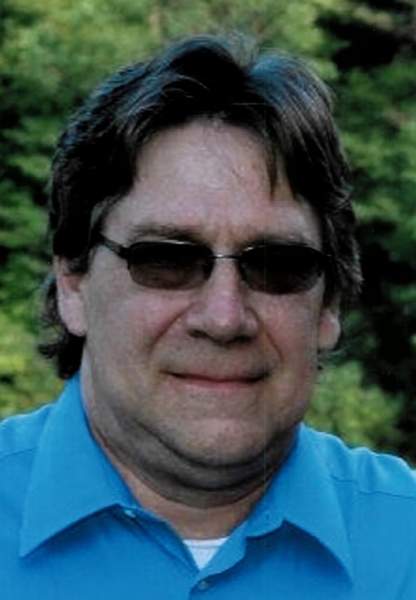 Theodore "Ted" W. SCHULTZ, 56, of Whitesville, NY, formerly of North Tonawanda, passed away unexpectedly Thursday, June 29, 2017 in his home.
Beloved husband of Deborah Cain Schultz, Ted and Deb married on June 2, 1979.
Surviving besides his wife, Deb, are:  three children, Edmond (Carin) Schultz and Joshua Schultz, both of Whitesville, NY, and Benjamin (Nicole Dye) Schultz of Moneta, VA;  five grand-children, Gabriel (Thomas) Miles, Reagan Meyers, Danielle Meyers, Quinn Schultz, and Madison Schultz.
Ted was preceded in death by a son, Thomas John Schultz, on August of 1999, as well as his father, Norbert Schultz.
Born April 10, 1961, he was the son of Carol (Prohaska) Schultz and the late Norbert Schultz.
Ted is also survived by four siblings, Michael (Abby) Schultz, Terrie Schultz, Matthew (Jean) Schultz, and James (Beverly) Schultz;  several brothers and sisters-in-laws, aunts, uncles, nieces, nephews, and cousins.
Ted was a loving husband, father, grandfather, son, and brother.
He took great pride in his family and worked very hard to provide for them.  He was almost a 30-year employee of Siemens (formerly Dresser-Rand) in Wellsville, NY.  He spoke daily of his friends and co-workers at Dresser.
Ted was an avid outdoorsman who loved to hunt, fish, camp, and appreciate the natural beauty around him.  He enjoyed NASCAR and could often be found on a Sunday watch or listening to a race, rooting for his favorite driver.  He loved to often treat his family to a night at Woodhull Raceway. Ted also had a great affinity for animals and will be greatly missed by his canine companion, Bow Butters.
At Ted's request, there will be no calling hours or visitation.  Friends and family are invited to attend a celebration of his life at 12:00 Noon on Thursday, July 6, 2017 at the Whitesville Rod and Gun Club, 410 State Route 248 East, Rexville, NY 14887.  Burial will be in North Bingham Cemetery at the convenience of the family.
In lieu of flowers, memorials may be made to the Whitesville Rod and Gun Club, Rex Nye Memorial Fishing Derby, c/o Doris Williams, P.O. Box 295, Whitesville, NY 14897.
Arrangements are entrusted to Mulholland-Crowell Funeral Home of Wellsville.
Online condolences may be expressed at www.wellsvillefuneralhome.com.

To send flowers to the family in memory of Theodore W. "Ted" SCHULTZ, please visit our flower store.