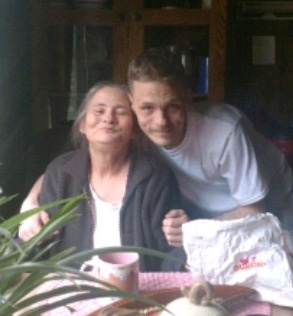 Tina Marie Cook SCHRADER, a lifelong resident of Wellsville, NY, passed away unexpectedly at her home in Petrolia on Saturday, August 15, 2020.

Born December 26, 1959, in Wellsville, she was the daughter of Paul T. and Delores Post Cook. She was predeceased by her parents and her beloved brother, Kenny Cook.

Tina was proof positive great things come in small packages. Although she was small in stature, her personality, heart and love for others was huge. She was compassionate, nonjudgmental, and would go to unlimited lengths to help others, leaving little and sometimes not enough for herself. She had beautiful eyes that would flash when she was angry and when she smiled, and she smiled often, her eyes would light up and dance. She was the best hugger, not just a little squeeze but a real “I care about you,” hug. Tina was a natural caregiver and worked for Jan and Bev’s Home Care providing physical care and emotional support to her clients in their homes for the last 18 years. She also tended bar at Randall’s and the Pastime bar. Tina was a devoted mother, loving grandmother, faithful sister, doting aunt, and an amazing friend. For the last 15 years, she was a founding member of the Old Hens Club, a group of women who found the time to celebrate life together, with no roosters allowed, only Ted. While they call themselves old hens, they are really some pretty cool chicks. Tina was hardworking, down to earth, as honest as the day is long, and unafraid to speak her mind. She loved classic country music and classic rock and roll, with Patsy Cline and Elvis Presley being her favorites, and she collected roosters. She had great love for her dogs, Hatchi and Mary Jane, who recently crossed the rainbow bridge. Tina was one of a kind, the best kind. She will be missed by many.

At Tina’s request there will be no visitation.  A memorial service will be planned in the future.

Cremation was at Olney-Foust Crematory. Arrangements are under the direction of Mulholland-Crowell Funeral Home, Wellsville.

In lieu of flowers, memorial donations may be made to the Alzheimer’s Association at www.alz.org, the SPCA serving Allegany County, P.O. Box 381, Wellsville, NY 14895, or a charity of the donor’s choice.