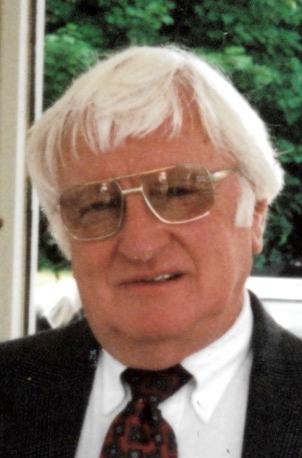 Zale L. JAMES, Jr., 86, of Ulysses, PA, died Thursday, July 28, 2016 in Cole Memorial Hospital, Coudersport, PA.
Born January 16, 1930, in Andrews Settlement, PA, he was the son of Zale L. and Sarah James James.
On September 10, 1949, in Genesee, he married the former Donna M. Baker, who predeceased him in 1988.
In 1991, he married the former Edith "Edie" Green Grizzle, who predeceased him on June 8, 2016.
A 1948 graduate of Genesee High School, he worked with his father on the family farm in Andrews Settlement for many years. He was employed at Air Preheater in Wellsville for 20 years and at Three Mile Island as a quality control inspector for 15 years.
A licensed pilot, he was a co-pilot for Wellsville Flying Service and was a member of the Aircraft Owners and Pilots Association. He rode motorcycle and four-wheeler for pleasure.
Zale attended All Saints Episcopal Church in Brookland, PA.
Surviving are: three sons, Douglas James of Coudersport, PA, Dean (Susan) James of Danville, PA, and Todd (Diana) James of Lebanon, PA; two daughters, Mary Sue (Wilbur) Gray of Middletown, PA and Laurie (Michael) Judd of Harrison Valley, PA; two step-daughters, Laurel Jean (Michael) Black of Palmyra, PA and Mia A. (Lalu) Narayan of Coudersport; a step-son, Stephen D. (Beatrice) Grizzle of Middletown, PA; 19 grandchildren; and 14 great-grandchildren. He was predeceased by a daughter, Janis Torrey; and a great-granddaughter, Cora Jane Elizabeth Torrey.
The family will hold a private service at the Olney Funeral Home & Cremation Service, Ulysses, PA on Monday, August 1, 2016. The Rev. Janis Yskamp will officiate. Burial will be in Ulysses Cemetery.
Memorials may be made to All Saints Episcopal Church, c/o Patti Gamble, 1436 Horseshoe Road, Ulysses, PA 16948.
Online condolences may be expressed at www.olneyfuneralhome.com.